We asked local composers about September 11th, and this is what they had to say: 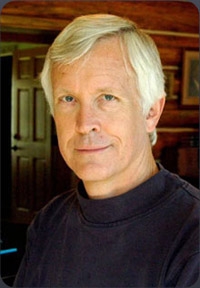 I can't give the knee-jerk response most people have to this sort of thing, which is "it made me redouble my efforts to improve the lot of humanity". Not being a religious person, I refuse to follow any "divine mystery" dictum, so 9/11 only reinforced my increasing sense that the world I inhabit (where art and music are the ruling forces) is not going to be able to change the course of events in the physical world. I feel powerless to do anything that will make most Americans smarter, more inquisitive, or more open to serious thought or feeling. Instead, I think I've tended to herd together with my own kind---to care more about music and art, and less about politics. 9/11 itself didn't do this---the ongoing march of human stupidity and greed did it.

Writing in High Fidelity in 1974, critic Royal S. Brown said "on the basis of this work (Concerto for Flute and Orchestra), I would say that Welcher is one of the most promising American composers I have ever heard". Born in Rochester, New York, in 1948, composer-conductor Dan Welcher has been fulfilling that promise ever since, gradually creating a body of compositions in almost every imaginable genre including opera, concerto, symphony, vocal literature, piano solos, and various kinds of chamber music. With over one hundred works to his credit, Welcher is one of the most-played composers of his generation. Dan Welcher first trained as a pianist and bassoonist, earning degrees from the Eastman School of Music and the Manhattan School of Music. He joined the Louisville Orchestra as its Principal Bassoonist in 1972, and remained there until 1978, concurrently teaching composition and theory at the University of Louisville. He joined the Artist Faculty of the Aspen Music Festival in the summer of 1976, teaching bassoon and composition, and remained there for fourteen years. He accepted a position on the faculty at the University of Texas in 1978, creating the New Music Ensemble there and serving as Assistant Conductor of the Austin Symphony Orchestra from 1980 to 1990. It was in Texas that his career as a conductor began to flourish, and he has led the premieres of more than 120 new works since 1980. He now holds the Lee Hage Jamail Regents Professorship in Composition at the School of Music at UT/Austin, teaching Composition and serving as Director of the New Music Ensemble.
Hear Artists Respond this Sunday on Texas Public Radio: 4 p.m. on KPAC 88.3 FM and KTXI 90.1 FM, 8 p.m. on KSTX 89.1 FM
Posted by Your Classical Oasis at 8:07 AM
Labels: 9/11, Artists Respond, Dan Welcher, David Mairs, HD video, P Kellach Waddle, Timothy Kramer, Troy Peters, Yvonne Freckmann