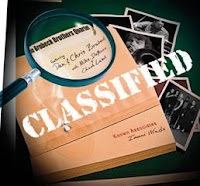 There is a new disc featuring the Brubeck Brothers and the Imani Winds on Koch, called Classified.
Host John Clare recently spoke with Chris Brubeck about the new release at Chris' home in Connecticut.

Listen for Classified on KPAC and KTXI.